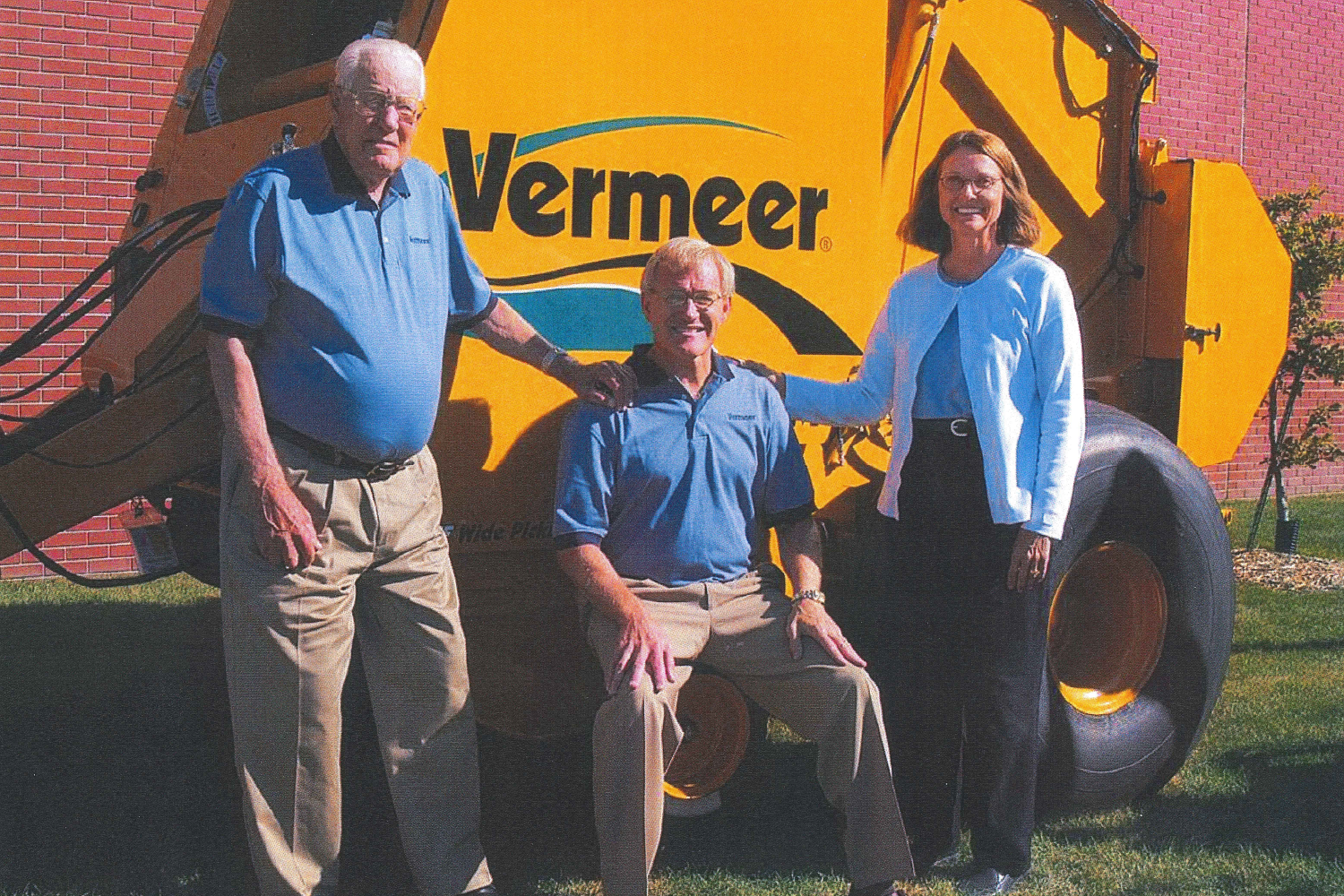 With Father’s Day coming up quickly, the Association of Equipment Manufacturers (AEM) Hall of Fame wants to recognize the families inducted, either together, or over generations. The AEM Hall of Fame is accepting 2022 nominations until June 17, and they can be submitted online at this link.

“With 66 individual members, it amazes me that there are eight different families with multiple members in the AEM Hall of Fame,” said AEM President Megan Tanel. “Including the first father-son-daughter combination to be inducted, in Gary and Robert Vermeer and Mary Andringa of Vermeer. I look forward to incorporating new families of all kinds into the Hall of Fame this year and in the future.”

Mary Andringa of Vermeer Corporation is the third member of her family to be inducted, in 2019, after her brother Robert Vermeer (2016) and father and company founder Gary Vermeer (1996). The Pella, Iowa-based implement specialist is responsible for innovations ranging from the first stump cutter, first tree spade, several different kinds of trenchers, to finding new ways for farmers and contractors to afford them, and more efficient ways to produce them.

The most recent family induction to the AEM Hall of Fame are the Ferwerda Brothers Ray and Koop, inducted together in 2020 for inventing the Gradall hydraulic excavator. The earliest? Father Harry H. Barber (1993) and son H. Ashley “Ash” Barber (1994), the former for inventing the asphalt paving machine and co-founding of the Barber-Greene Company, and the latter for his leadership as CEO of the same company.

The Steiger Family, father John and sons Maurice and Douglass, founders of the Steiger Tractor Company in the 1950s, focusing on heavy, articulated, four-wheel-drive agricultural tractors were inducted together in 2018, 32 years after their company was acquired by Case IH where their name lives on as the Case IH Steiger Series.  Meanwhile, a father-son team that started in the construction world, Joseph Cyril “J.C.” Bamford, founder and namesake of JCB, Inc. (1993) and son Lord Anthony Bamford (2008) were inducted 15 years apart.

Finally, one of the most family-oriented organizations represented in the AEM Hall of Fame may be Bobcat. Bobcat, famous for its skid steer loaders that were invented by brothers Cyril and Louis Keller (1999) and originally manufactured and perfected by Melroe Manufacturing Company, founded by E.G. Melroe who was inducted, along with sons Les, Cliff, and Irving, nephew Sylvan, and son-in-law Eugene Dahl, in 2014, put eight people from two families into the AEM Hall of Fame.

See what other families are in the AEM Hall of Fame and tell us who we’re missing by submitting your own nomination, at AEM.org/hall-of-fame.

Tips for how to submit a nomination with a better chance of success are available here.

The Hall of Families
About the Association of Equipment Manufacturers (AEM)