MILWAUKEE – Photos taken by documentary photographer Brad Romano were unveiled today by the Association of Equipment Manufacturers (AEM). More than 150 photos were collected as part of an ongoing effort to help tell the story of the 1.3 million men and women of the equipment manufacturing industry. The photos were taken in April of this year at AGCO Corporation (Jackson, MN), Komatsu (Peoria, IL), Superior Industries (Morris, MN), Vermeer Corporation (Pella, IA), Weiler (Knoxville, IA), and Woods Equipment Company (Oregon, IL).

“A picture is worth a thousand words, and these photos will help tell the stories of the 1.3 million men and women of the equipment manufacturing industry,” said Kip Eideberg, AEM’s vice president of government and industry relations. “Lawmakers in Washington, D.C. make decisions that impact our industry, our jobs, and our communities, and we want them to better understand what our industry looks like and get to know some of the men and women who make America.”

“AGCO was proud to take part in this project by featuring the women and men at our Jackson, Minn. manufacturing facility. Our employees make a significant contribution to the U.S. economy, so its important policymakers know the decisions they make impacts American manufacturing workers like ours. That’s why telling their story is so important and we feel these photos help do that. AGCO was proud to participate.” – Robert Crain, senior vice president and general manager Americas, AGCO Corporation 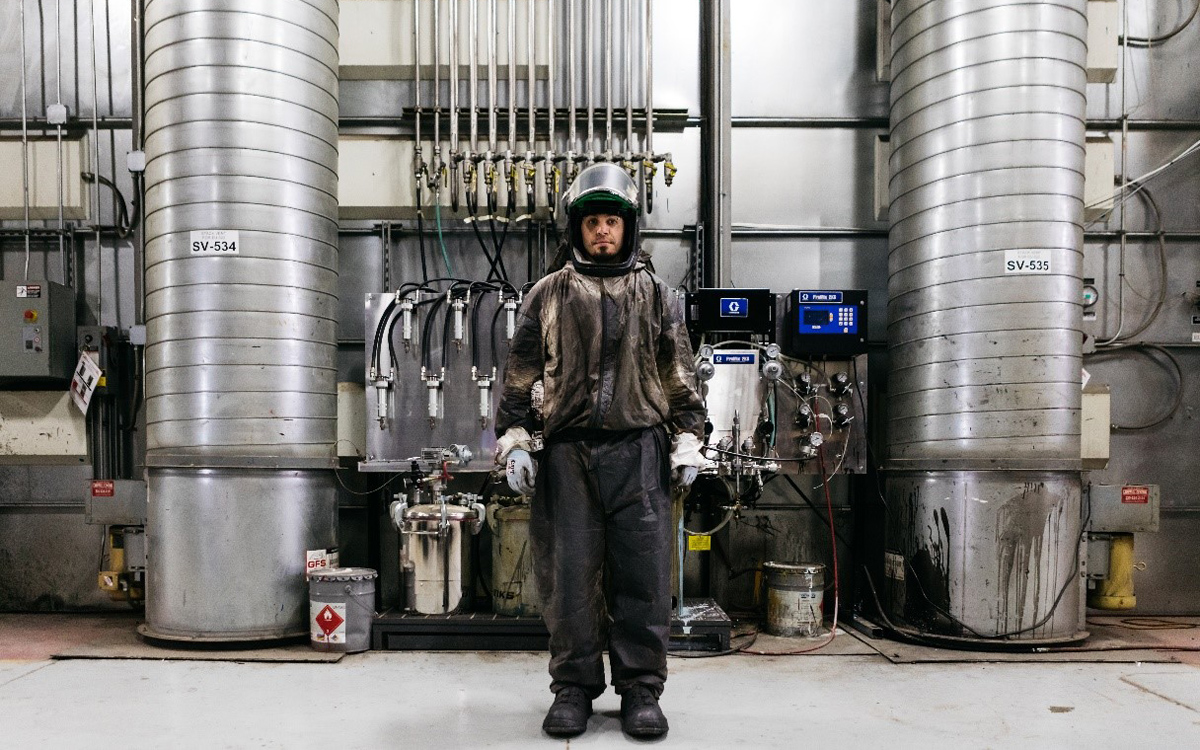 “The industries we equip are essential to modern life. Employees at our 28 North American manufacturing facilities are essential contributors to vital economies, producing high quality equipment that allows our customers to drive society forward. From towns across the United States, our teams bring to life the Komatsu commitment to safety, quality and reliability. We are honored our teams’ hard work is highlighted in this important photo series from AEM, and grateful for the generations of Komatsu employees who have contributed to our rich history.” - Michael Gidaspow, director of sales and marketing for Komatsu’s North America Central Region. 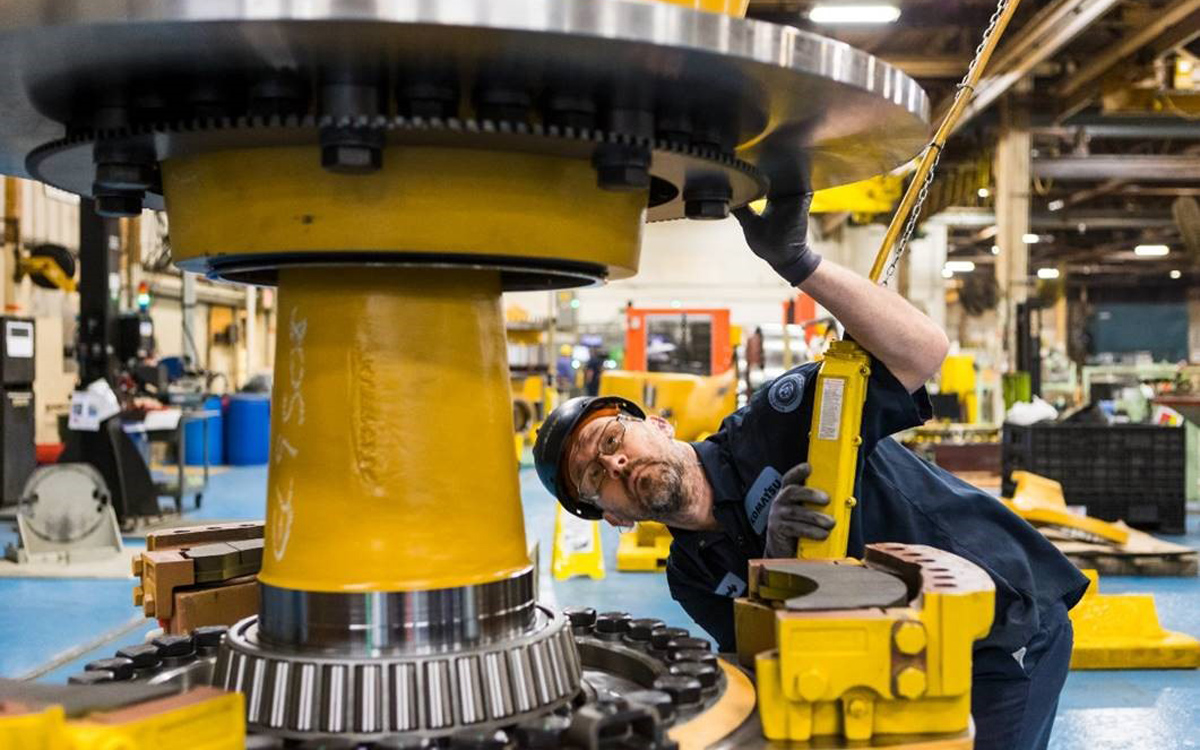 A Komatsu employee at the company’s Peoria manufacturing operation in Illinois inspects the quality of work on an electric dump truck component. Komatsu has 28 manufacturing facilities across the United States that produce equipment to support the global construction, mining, forklift and forestry industries.

"Generally, most of Superior's manufacturing facilities are located in small town America. It's here where we find loyal employees looking for hard work and lots of opportunity. We're grateful to AEM for showcasing our humble, rural colleagues. Together, they're building equipment that strengthens our infrastructure and powers American development." – Corey Poppe, communications manager, Superior Industries 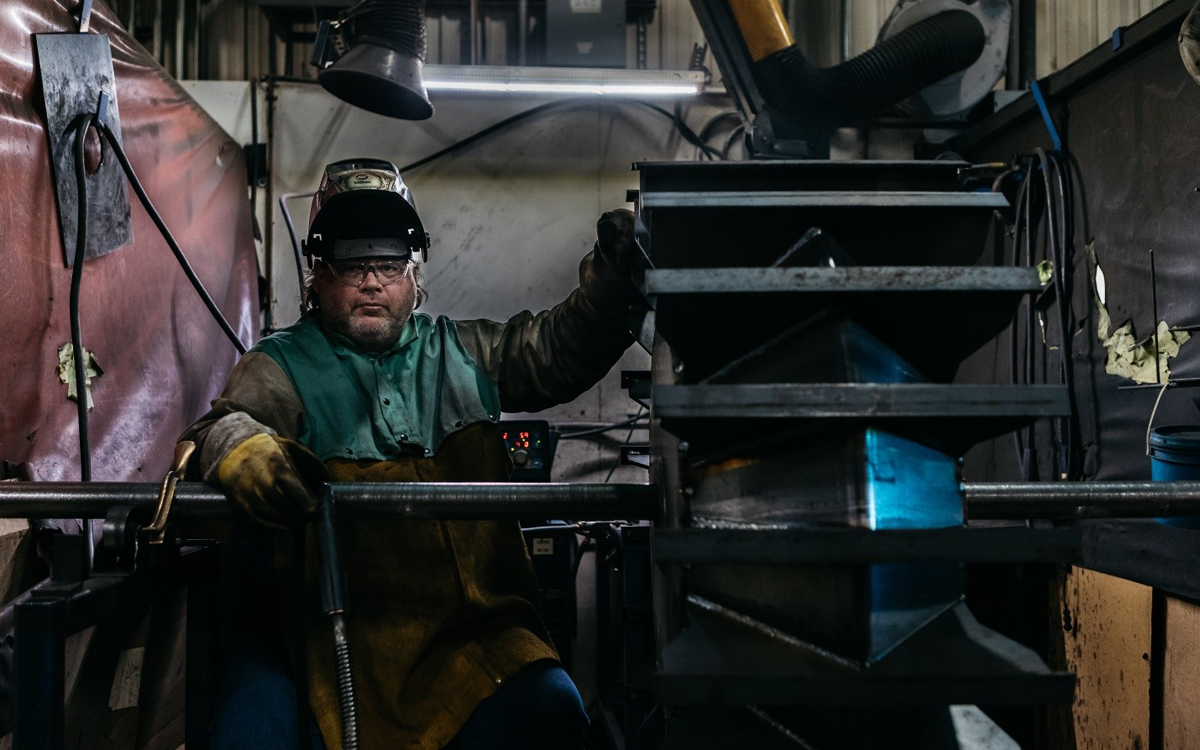 Scott is a pulley welder at Superior's conveyor components production facility in Morris, Minn. Pulleys are an integral component in the manufacturers conveyors that are used in the aggregate production process.

Vermeer Corporation"Our Vermeer team designs, builds and supports equipment that is making an incredible impact. The work of our team here in Pella, Iowa and around the world helps feed and fuel communities, connect people to the necessities of life and manage natural resources. We hope that sharing images of the work of this team helps show the importance of equipment manufacturing to the economy both in the U.S. and globally." – Jason Andringa, president and CEO, Vermeer 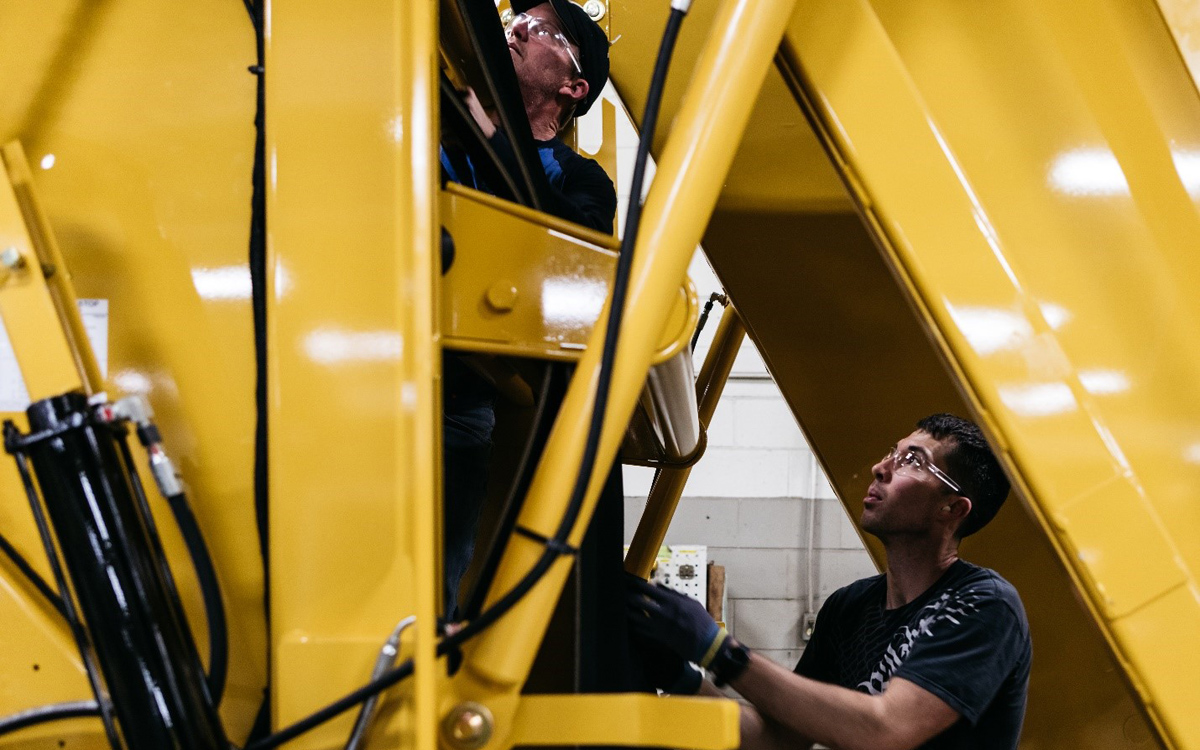 Assemblers on the Vermeer baler line work together to build one of the most iconic pieces of Vermeer equipment, the round baler.

“Telling the story of our workers through this photographer’s camera enables us to show policymakers who is most impacted by the decisions they make every day. Weiler depends on skilled workers like the ones featured in these photos to design, engineer and manufacture asphalt paving products in Knoxville, Iowa. They are the reason Weiler is able to produce the equipment needed to build infrastructure through contractors in all 50 states and around the world." – Megan Weiler Green, counsel, Weiler 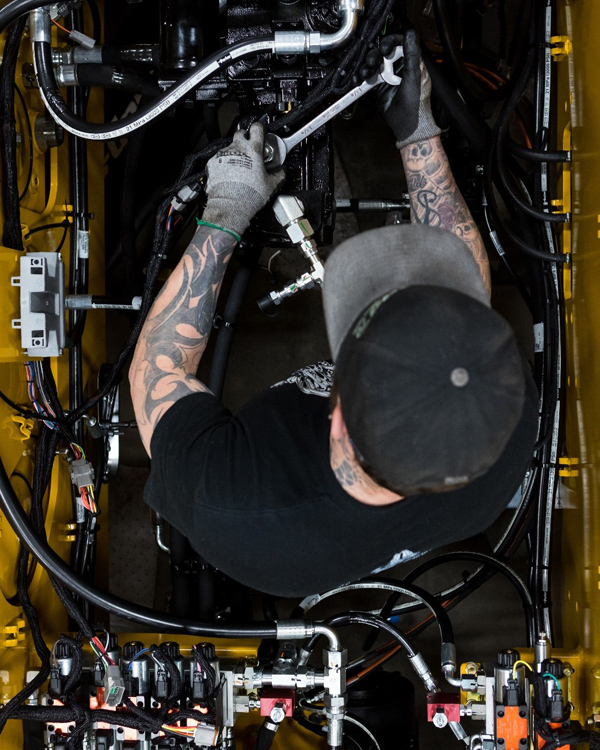 Zach Clark is an assembler with Weiler. He is installing hydraulic lines to the hydraulic pump of a Weiler road widener.

“Our employees are proud of the products we manufacture and even prouder to be building them here in the USA -- in the same spot the Woods brothers founded our company in 1946. We have many, many team members whose parents, aunts, uncles, and even grandparents worked here. They want to continue the legacy and keep these high-quality jobs in Oregon, Ill., for their children and grandchildren. That’s why we’re strong supporters of I Make America and do all we can to help AEM tell the story of American workers.” - Angela Kay Larson, vice president, marketing, Woods Equipment, a division of Blount International 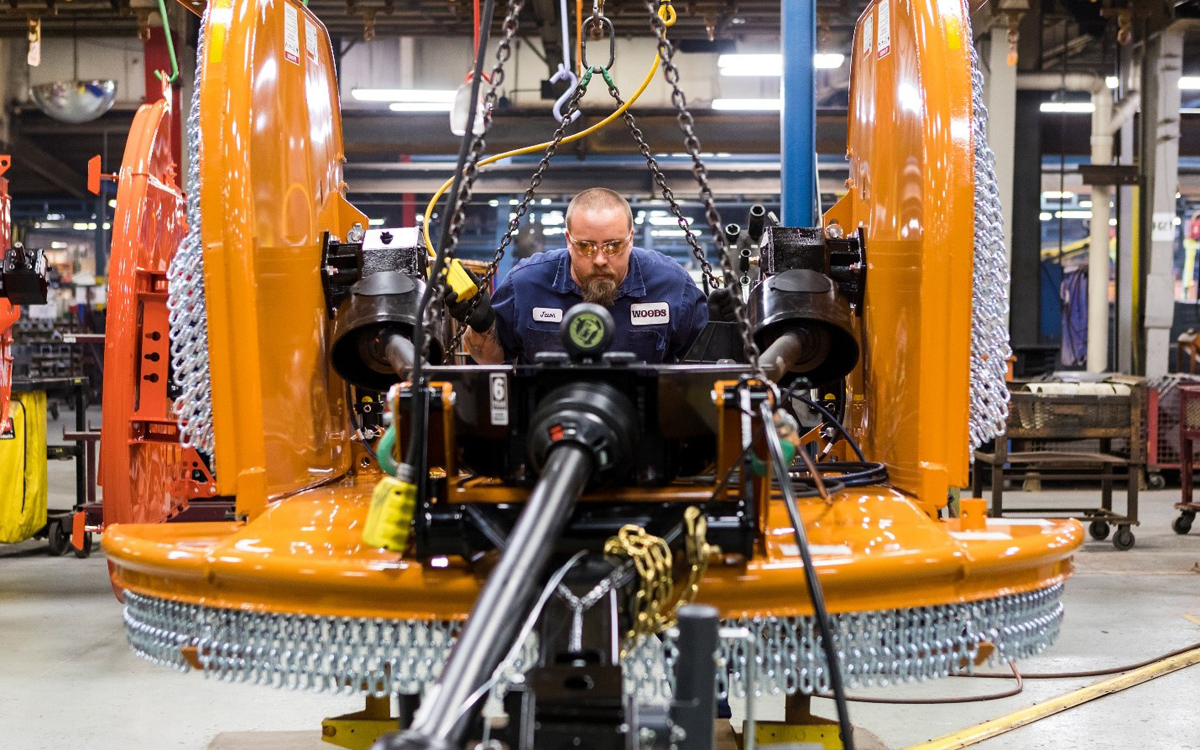 To encourage investment, job growth, and development and production of more equipment in the United States, AEM advocates on behalf of its more than 1,000 members to urge elected officials to champion policies that create a globally competitive business environment, rebuild our nation’s infrastructure, open foreign markets for equipment manufactures in the United States, and keeps the U.S. agricultural economy strong. The association’s membership represents companies with over 200 product lines in the agriculture, construction, mining, forestry, and utility industries. This year, AEM is celebrating its 125th anniversary.