U.S. sales of ag tractors and combines remained in the plus column for February, according to the latest sales data from the Association of Equipment Manufacturers (AEM). 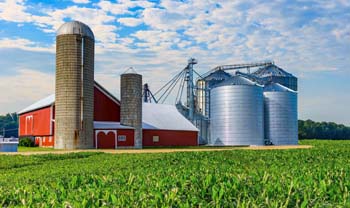 Canada did not fare as well, with February gains only for self-propelled combines (up 25 percent) and for under-40-HP 2-wheel-drive tractors (up 23 percent).

“We’re encouraged to hear USDA estimates that net farm income is expected to increase slightly in 2019 after last year’s declines; hopefully that signifies some optimism in the U.S. as the year moves forward. And we remain concerned about some of the Canadian numbers in February’s report,” said Curt Blades, AEM senior vice president, AG services.

“We hope that the new U.S. farm bill will provide more certainty for farmers as they plan ahead. However, we are still facing a lack of real, sustained progress on trade agreements and ending retaliatory tariffs.”

The full reports can be found in the Market Data section of the AEM website under Ag Tractor and Combine Reports: https://www.aem.org/market-data/.

Learn more about AEM at www.aem.org.