ICUEE Among ‘Highest of the Highest Achievers' 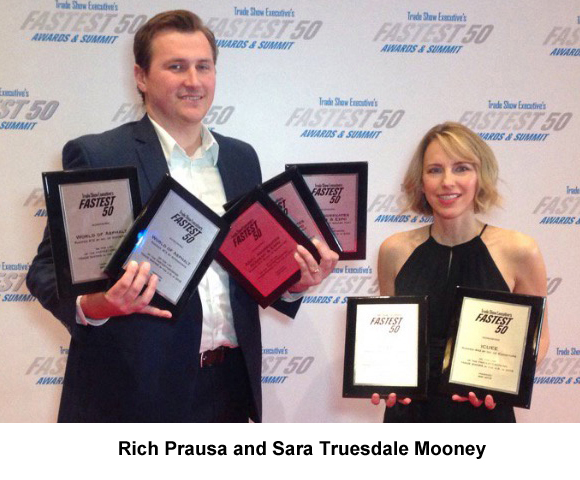 In addition, ICUEE was a Grand Award winner as the fastest-growing non-annual show in sheer number of exhibitors.

Trade Show Executive magazine presented the awards, which recognized the highest percentage of show-to-show growth for 2015 events, during special ceremonies at the Bellagio in Las Vegas.

“It is a tremendous honor to be recognized among the top 50 fastest-growing trade shows in the U.S., and for ICUEE’s Grand Award to be among the ‘highest of the highest achievers’ with growth that surpassed 99.5 percent of all shows held in the United States in 2015,” said Sara Truesdale Mooney, AEM vice president, exhibitions and business development.

“Kudos to AEM’s very talented and dedicated staff for these tremendous accomplishments, a direct result of their focus on providing attendees and exhibitors with a memorable show experience and maximum ROI,” added Rich Prausa, show manager for the 2015 World of Asphalt and AGG1.

“As an industry trade organization, we work very hard to bring numerous benefits to our members and exhibitors to help them grow their businesses; a key service is delivering highest-quality exhibitions that are industry-driven to meet industry needs,” said Dennis Slater, AEM president. 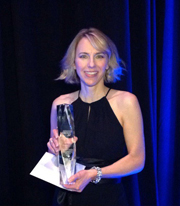 All three of the honored AEM-run exhibitions have steadily increased in size and scope over the past several years, and all three achieved record-breaking attendance and exhibit numbers in 2015.

The next edition of the biennial ICUEE-The Demo Expo, also known as the International Construction & Utility Equipment Exposition, will be held October 3-5, 2017 at the Kentucky Exposition Center in Louisville, Kentucky. The show targets utilities and utility contractors in the electric, telecommunications/cable, natural gas, water, and wastewater sectors. Exhibit space sales are underway; visit www.icuee.com for more information.

World of Asphalt and AGG1 will be held in March 2018 in Houston, Texas, after another record-breaker in 2016 (the co-located shows not held in the 2017 CONEXPO-CON/AGG year).

AEM owns ICUEE and has an ownership stake in World of Asphalt with the National Asphalt Pavement Association (NAPA) and National Stone, Sand and Gravel Association (NSSGA).

For more information on all AEM shows, visit www.aem.org in the Trade Shows section.