Nominations are open for 2021 HOF submissions 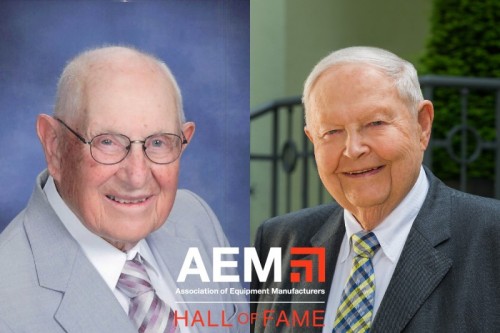 As the Association of Equipment Manufacturers (AEM) Hall of Fame seeks nominations for the 2021 Hall of Fame induction class, we honor two important inductees who passed away within the year: Cyril Keller, co-inventor of the skid-steer loader, and Helmut Claas, former Chairman of German agriculture machinery powerhouse CLAAS.

Cyril Keller, a member of the 1999 induction class to what was then known as the Construction Equipment Hall of Fame (now AEM Hall of Fame) passed away October 28, 2020 in his hometown of Fergus Falls, Minn. at age of 98. Keller was inducted, along with his younger brother Louis (1923-2010), for his development of the first skid steer loader. 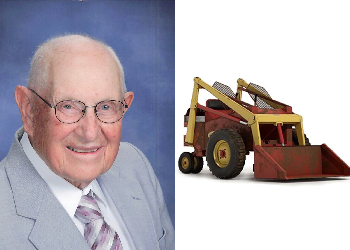 The Keller brothers, originally trained as blacksmiths, operated their own machine shop in Rothsay, Minn. when a farmer friend of theirs said he needed a machine capable of cleaning out stalls in his turkey barns that was light enough to operate on the barn’s upper levels. Their first design of a three-wheel loader eventually developed into a four-wheel loader, and by 1960, after selling the manufacturing rights to Melroe Manufacturing, the first loader would go on sale under the name “Bobcat.” 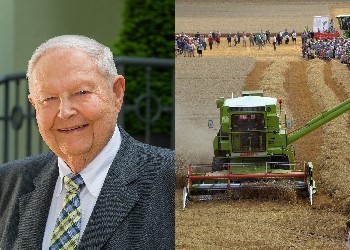 Helmut Claas, a member of the 2013 induction class of the AEM Hall of Fame passed away January 5, 2021 at the age of 94. Claas was inducted for his leadership and engineering skills, co-designing CLAAS’s DOMINATOR (1971) series combine harvesters, JAGUAR (1973) series forage harvesters and XERION (1978) tractors, the latter two product lines remaining on sale to this day.

Claas was born in 1926 in Harsewinkel, a town in the German state of North Rhine-Westphalia and 60 miles northeast of the Rhine-Ruhr metro region, and where his namesake company remains headquartered today. However, he never left the farm life, maintaining a farm in the U.K. village of Troston, in Suffolk County, just 90 miles east of London.

The son of company founder August Claas, Helmut started work as a machine fitter apprentice in the 1930s, going on to learn metalworking, metal casting and then studied agriculture in Paris. Claas joined the company headquarters in 1958, at age 32, becoming managing director in 1962. Claas has also been recognized as a Knight of the French Legion of Honor for his efforts toward Franco-German cooperation, the Diesel Medal from the German Institute of Inventors, the Medal of Merit from the German state of Baden-Württemberg, and the Order of Merit from the French Minister of Agriculture.

The AEM Hall of Fame is currently seeking nominations to its 2021 induction class to join the 65 existing visionaries and leaders already inducted. An independent panel will select who will be recognized at AEM’s Annual Conference, scheduled for November 10-12 in Phoenix.

Nominations are open until June 11, 2021 and can be submitted online at this link.