The Association of Equipment Manufacturers (AEM) inducted Bryn Fosburgh, senior vice president of Trimble, into its Hall of Fame for a broad range of contributions in developing and advancing technologies that support the construction and agriculture industries worldwide. The AEM Hall of Fame recognizes the pioneers whose inventions, ideas, leadership and courage have contributed to the industry and our community’s quality of life. The award was presented to Fosburgh at AEM’s Annual Conference in Phoenix on November 12. 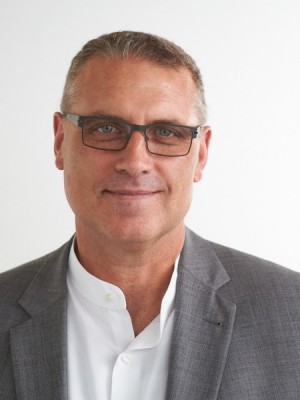 “We congratulate Bryn Fosburgh on his induction into the AEM Hall of Fame,” said AEM President Dennis Slater. “He joins an elite group of esteemed industry leaders whose innovative ideas and accomplishments continue our industry’s legacy of progress enhancing technology, productivity, sustainability, and economic and social prosperity.”

Fosburgh was also part of a team that pioneered the development and validation of high-accuracy, low-latency GPS systems, including real-time kinematic (RTK) technology, for mining and construction machine control. RTK is an innovative technique used to significantly improve the accuracy of a GPS receiver for many precision applications including surveying and heavy equipment operations in construction and agriculture.

In addition, Fosburgh served as a member of the U.S. Army Corps of Engineers (USACE) RTK Team, working with Ben Remondi, a GPS RTK pioneer. He began his work in GPS technology and theory as a graduate student in civil engineering at Purdue University.

“I am honored and humbled to stand alongside so many of the true pillars of our industry,” said Fosburgh. “I have had the good fortune to work with great teams at Trimble as well as collaborate with very talented industry peers who are dedicated to solving some of our biggest challenges. Together, we can continue to move our industry forward.”

More than 65 industry leaders have been inducted into the AEM Hall of Fame since its inception in 1993. Learn more and read their stories at www.aem.org/HallofFame.

Nominations for the AEM Hall of Fame are open year-round. An independent panel of industry experts evaluates potential inductees, and honorees are publicly announced yearly and celebrated at AEM’s Annual Conference.

About the AEM Hall of Fame

About the Association of Equipment Manufacturers