AEM Delves Into the “Why” Behind Record-High Ag Equipment Sales

AEM Delves Into the “Why” Behind Record-High Ag Equipment Sales

So far, in the first quarter of 2021, total farm tractor unit sales are up more than 50 percent in the U.S., and nearly 60 percent in Canada, according to the AEM Ag Tractor Combine Report released monthly.

“For the last twelve months we’ve seen a dramatic rise in under-40-horsepower, or small tractor sales in North America, both U.S. and Canada,” says Blades. “This is due largely to a lot of the industries that have done very well during the pandemic, like luxury items or things that have to do with the home.”

Small tractors fall into that category as well.

Blades says the small tractors that have been spiking are largely going to the suburbs with larger lots to help homeowners haul rocks and dirt, work around trees, and overall improve the property. However, starting later in 2020, larger row-crop and articulated 4WD tractors have also enjoyed increasing sales success.

One reason has been the gradual increase, over the past five years, of the average age of the ag fleet in both the U.S. and Canada. However, with commodity prices increasing, and trade difficulties starting to ease, not only is the replacement market doing well, but farmers are upgrading their operations with newer technology. 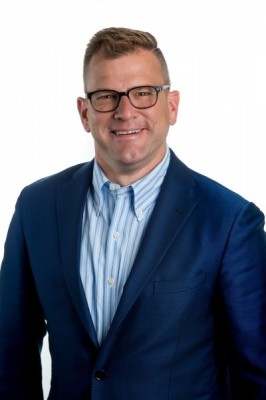 “We’re seeing an increase in commodity prices. We’re seeing some of the uncertainty of trade wane,” says Blades. “As a result, people are willing to invest a little more in their farming operations and we’re seeing that reflected in capital equipment.”

There has been some difference in the past 12 months between sales in the U.S. and Canada, however, Blades says it’s typical for one market to “lead” the other.

“In this current recovery, we’ve seen the U.S. has been leading Canada,” says Blades. “But both markets are particularly strong right now on both sides of the border.”

Blades does advise that equipment inventories having been reduced significantly through these sales trends. However, he says dealers are being proactive, especially when it comes to keeping parts for their service centers in stock, but farmers looking to buy new machines may have to order several months ahead of expected delivery.

“I think you’re seeing a lot of optimism out there. And that optimism is leading to a lot of new equipment purchases, but also farmers thinking about what their businesses are going to look like into the future,” says Blades. “It is an interesting time that we’re operating in. Tractor sales are strong, commodity sales are particularly good, and optimism is at an all-time high in the farming community.”