New Philadelphia, Ohio, October 14, 2021 – The Association of Equipment Manufacturers and Gradall Industries hosted United States Senator Sherrod Brown (D-Ohio) for an I Make America event at the company’s facility in New Philadelphia, Ohio. The event, which featured a tour of the facility, a meeting with leadership from Gradall Industries, the International Association of Machinists and Aerospace Workers (AFL-CIO) Local 1285, and AEM, and a press availability with local and state media. The event comes as AEM and its member companies celebrate Manufacturing Month and the 2.8 million men and women of the industry who make the equipment that builds, powers, and feeds the world.

“On behalf of the entire team at Gradall Industries, I would like to thank Senator Sherrod Brown for visiting with us today,” said Mike Haberman, EVP Industrial Equipment Division, Alamo Group Inc. “The bipartisan infrastructure bill that he helped pass will deliver historic investments in our infrastructure, create more family-sustaining jobs in Ohio, and help equipment manufacturers of all sizes, all over the state, compete in the global economy.”

A recent report released by AEM shows that more than 100,000 equipment manufacturing jobs can be created before the end of President Biden’s first term in office. According to the data by IHS Markit, these are high-skilled jobs in primarily rural areas that pay an average annual income of $88,000, which is 35% above the current national average. The data also shows that it would generate over $2 billion in new federal, state, and local tax revenue from the equipment manufacturing industry and result in an additional $27 billion in overall economic output.

“With the bipartisan infrastructure plan, we have a tremendous opportunity to use Ohio-made, union-made products, like those made here at Gradall, in projects across Ohio and around the country,” said Senator Brown. “We’re putting in place a clear, permanent standard: American taxpayer dollars should support American jobs, period. The investments we are making will support good Ohio, union companies – not foreign competitors. And that means job creation up and down the supply chain.”

The Infrastructure Investment and Jobs Act is not only a once-in-a-generation opportunity to rebuild and modernize infrastructure, but an opportunity to restore America’s economic competitiveness, enhance equipment manufacturers’ ability to meet the challenges and opportunities of the 21st century, and improve the lives of all Americans.

“Senator Brown works tirelessly to support pro-manufacturing policies that benefit the equipment manufacturing industry’s 164,000 men and women in Ohio,” said Kip Eideberg, AEM senior vice president of government and industry relations. “We greatly appreciate his support and leadership in securing passage of the Infrastructure Investment and Jobs Act, as well as his strong commitment to ensuring the long-term success of our industry and our ability to keep Ohio strong and prosperous.”

Equipment manufacturers support 164,000 jobs in Ohio, contribute $16 billion a year to the state’s economy, and generate $1.1 billion a year in tax revenue for Ohio. 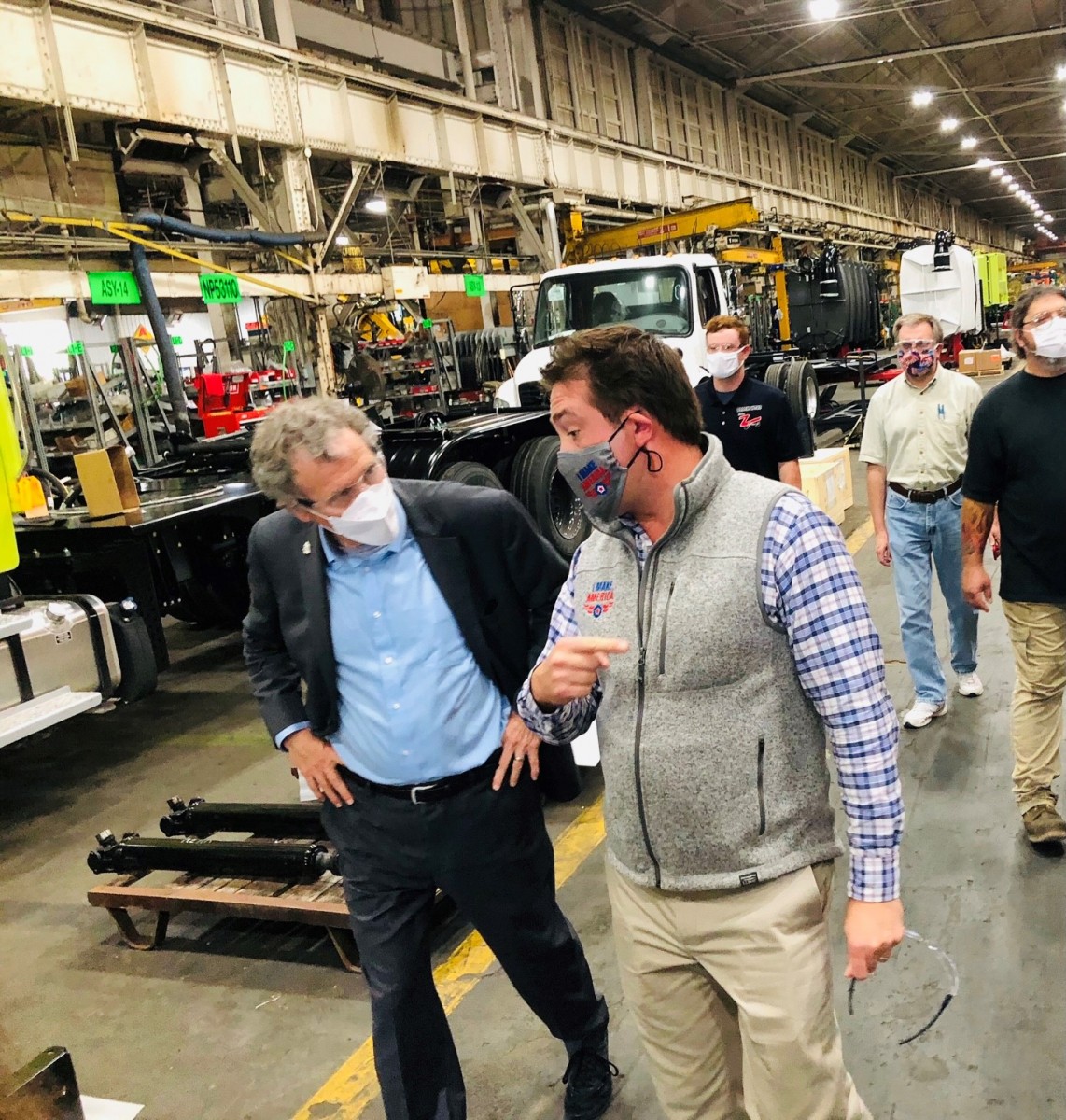